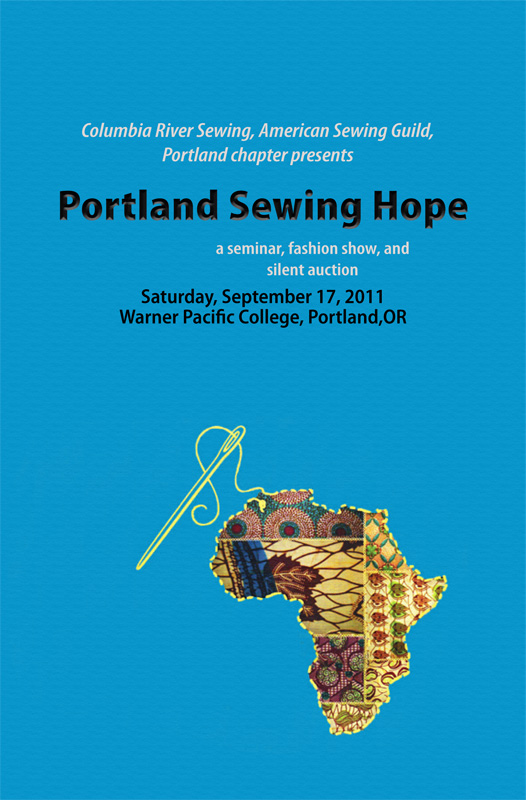 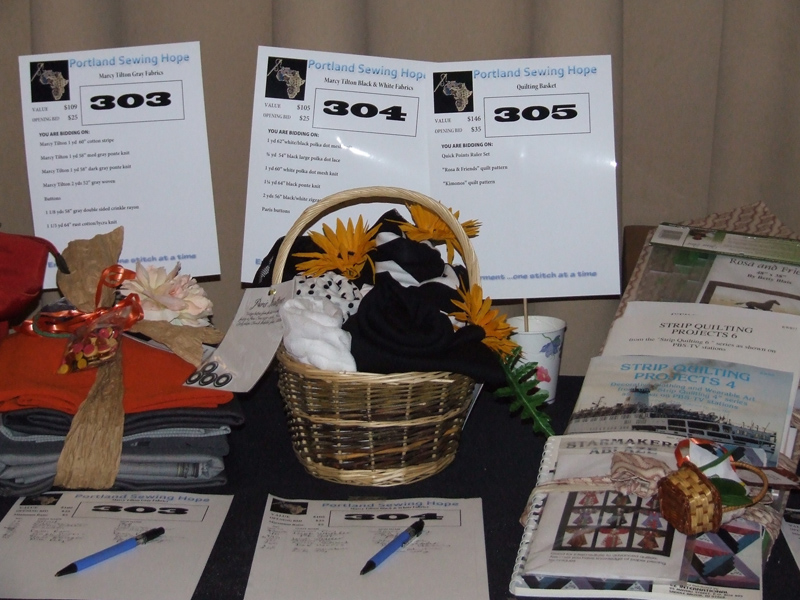 Click for pictures before and after the fashion show

As the over 150 attendees entered the auditorium, the wide stage popped beautifully with beautiful African themed quilts in brilliant colors hung against a black background. New ASG member, Wendy Mamattah, owner of Braid and Stitch, created these quilts and generously donated one for the silent auction. Sharon Sink’s creative centerpieces used decorative dry grasses and papier maché African masks that she made. The tables looked very chic with their black tablecloths topped with squares of bright African prints effectively portraying the theme.

The morning started with a seminar by Sandra Betzina, who presented some great tips from her new books (Power Sewing Toolbox Volumes I and II) using many finished garments from her pattern collection. We learned how to make lined pants that didn’t need a hem, how to add an underarm gusset and many other techniques and tips. Later it was a treat to try on the many garments she had shown us.

There was plenty of time before and after the three course luncheon to peruse the near 80 silent auction items and keep a watchful eye on particularly interesting ones. Some of the items included a weekend at the beach, packs of fabric from Marcy Tilton, beautiful bead jewelry, pattern drafting software from Wild Ginger, and many, many more. Kudos to Sharon Sink for creating such a lovely display for the auction items. 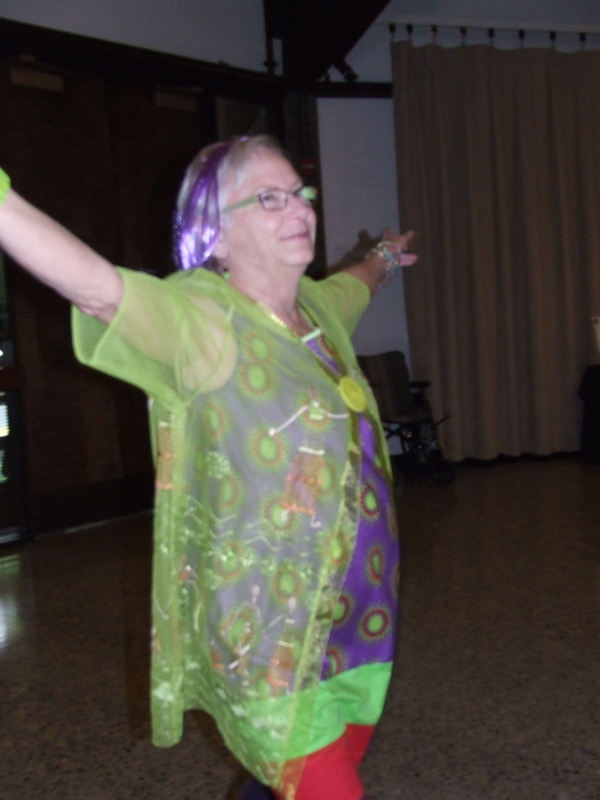 Liza Morgan, the Sewing Hope representative, gave a presentation on what Sewing Hope and Fount of Mercy have been able to achieve in Uganda. Women have learned to sew and become sewing teachers. Some have been able to open their own dress shops. Many are now earning a living and have been able to bring their children home from orphanages. (When families, especially single mothers, are unable to feed their children, they take them to an orphanage so they won’t starve. Being able to bring their children home is very important to them.) The work Sewing Hope is doing directly benefits the women in helping them earn a living. Ugandans are very conscious of their clothing and appearance, with certain garments and looks appropriate for married women and others for unmarried women. Sewing clothes for people is a very valuable skill there.

Liza was selling bead necklaces that the women make from paper. They could be worn as necklaces or bracelets and were very popular. She brought 300 and sold out before lunch. 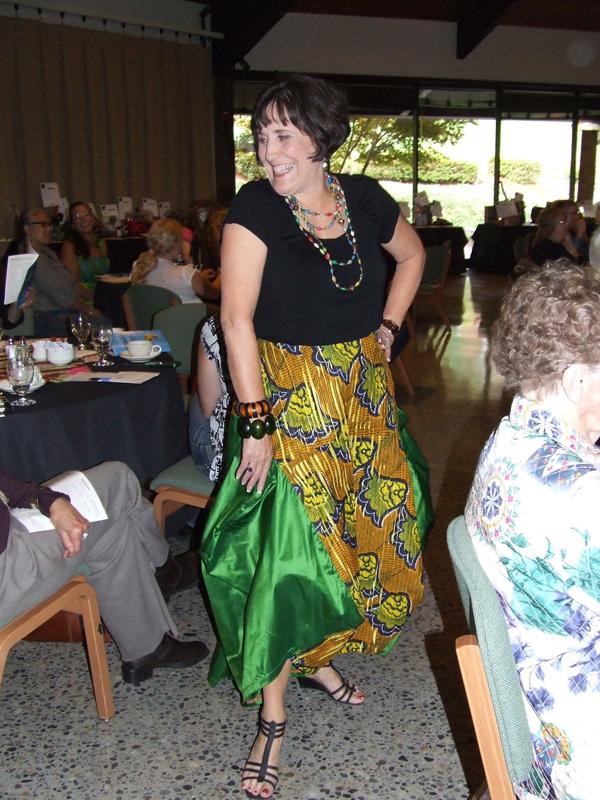 Finally it was time for the fashion show. Because Sewing Hope is based in Uganda, our theme fabric for the fashion show was African wax batik prints in traditional designs, though any item made by one of our members was welcome to be entered. There were 34 entries vying to win the Grand Prize: a BabyLock Imagine Serger, generously donated by Montavilla Sewing Center. In addition, there were 19 exhibit pieces that were not judged. The competition entrants included new and experienced sewists, and entries ranged from simple skirts to tailored skirt suits. Many entrants used the African fabric that Marsha McClintock had imported for the event. Wendy Mamattah, who is from Ghana, helped several people create the traditional head wrap that African women wear as part of their outfits. Kathleen Anderson captured the grand prize for her pearl button necklace. The first prize for garments went to Jean Burbach for her entry “Africa meets Asia” and Ruthann Carter took first prize for accessories for her leather purse made from a recycled jacket. Honorable Mention went P.K. Gott and Sara Moskowitz. Finally, college student and beginning sewist Tasha Baker was voted the People’s Choice for her self-designed African two-piece dress.

Nineteen exhibit pieces included several New York designers’ looks made especially for the Sewing Hope New York Fashion Show. A ballerina modeled an award-winning tutu created by member Brenda Smith for a local production of The Nutcracker. Garments by local designers, including Rochelle Harper and Marla Kazell, were modeled. The finale was a lovely bridal gown created and modeled by the bride, Aria Clements.

We recently lost member Pat Varney to cancer, but we were fortunate to be able to show off the beautiful jacket she spent over 100 hours creating. Our members are so incredibly talented!

Many members helped to make this a hugely successful event. The funds raised were beyond our wildest dreams. There were so many compliments on a well-organized event where everyone had a good time. A big thanks goes to all who helped, but especially to the co-chairs Marsha and Barbara.